CoMeT 2000. It was decided that CoMeT would meet in a unique country to celebrate the new millennium.  Dr. Gu Li-de volunteered to host the meeting in Chongqing, China.  Chongqing is a city of over 30 million that is the center of China’s development of it’s western regions.  It is also located on the upper Yangtze river above the famous three Gorges area which will be covered with a large lake after a new dam is built.  CoMeT met at the facilities of the Third People’s Hospital  and after presentations toured the hospital and other facilities including a traditional Chinese medicine clinic. CoMeT was granted a private meeting with the mayor of Chongqing which Dr. Philippe Dejonckere the president of CoMeT helped preside over.  After the meetings, the members participated in a three day cruise down the Yangtze river on a traditional Chinese ship to view the gorges which would be covered with water the next year.

After the cruise ended,  the remaining members were treated to a traditional Chinese banquet in Beijing and then left with many memories of a China in transition from the past to a modern future. 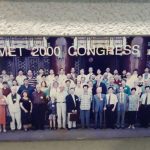 In 2002 CoMeT was hosted by Rafael Garcia-Tapia in Madrid, Spain with 15 members in attendance. They were treated to a mixture of medicine, science, and culture of Spain. The meeting was held in the Escuela Spain de Canto located in a beautiful XIXth century palace. Participants also were treated to an excursion to Toledo. The General Assembly decided to continue the CoMeT website and to try to utilize e-mail addresses. Two proposals were discussed. One would be to create Diploma/Certificate of Membership for CoMeT and the other is to create a CoMeT prize of $1,000 US for the most stimulating presentation at a CoMeT meeting by a non-member. Elections were held with Professor Seiji Niimi from Tokyo elected president. It was requested that Dr. Luzius Giger, treasurer, Dr. Marc Bouchayer, european secretary, and Dr. Hiroyuki Fukuda, extra-european secretary remain in their current offices.

CoMeT 2006 was hosted by Josef Schlömicher-Thier in Salzburg, Austria.

CoMeT 2007 was hosted by Harm Schutte in Groningen, The Netherlands. 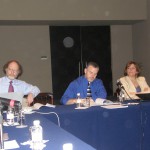 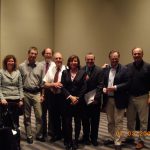 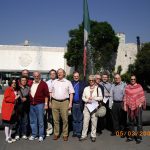 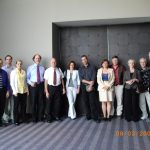 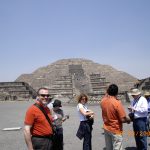 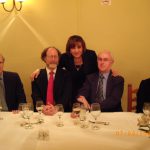 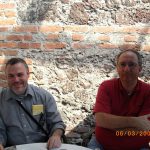